Aude-Barcelona citizens' dialogue: "women are also the future of Europe!" 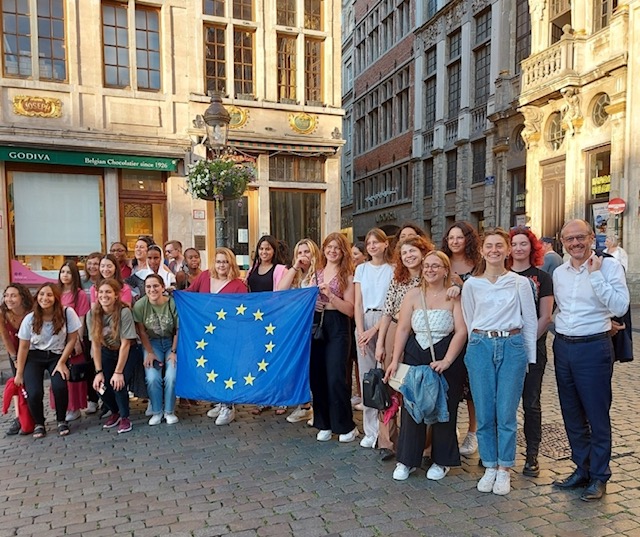 In November 2021, André Viola, in partnership with Pilar Diaz, Vice-President of the Diputacion of Barcelona, wished to organise under the aegis of the CEPLI (European Confederation of Intermediate Local Authorities) a citizen dialogue associating young people from Aude and young Catalans.

This transnational cooperation and citizen participation project aimed to enable young women who can benefit from actions co-financed by Europe to express their findings and their expectations in the context of the Conference on the future from Europe.

This action was also selected as part of the local citizens' dialogues carried out by the European Committee of the Regions in this context.

The young women who took part in this debate, in Aude and in the Province of Barcelona, are particularly precarious (isolated mothers, young women without any diploma, etc.). If they can benefit from actions co-financed by Europe (including the "Youth Guarantee" or the ESF), they are most of the time unaware of the role and functioning of European bodies.

Two groups were formed: 24 young people from Aude aged 16 to 24, part of whom come under the youth guarantee and the other part under the RSA and 15 to 20 young Catalans, all at risk of exclusion.

Following the debate, it was immediately decided to follow up on this Agora, in the form of a visit to the European Institutions, in Brussels, and participation in a session of the European Committee of the Regions.

The partners propose the organization of this trip, on the occasion of the plenary session of the European Committee of the Regions, from June 29 to July 1, 2022.

The partnership associates: Department of Aude, Diputacion of Barcelona, Mission Locale de l’Ouest Audois, Adret Europe direct, the women’s foundation in Barcelona. The project aims to articulate these more institutional moments to a broader program which will offer the group a first general approach to the way in which the institutions work and to better know the European project. We have set these dates because on June 30, at 9 a.m., André Viola presents an opinion in the plenary session of the CDR. We plan to have the group spend the morning at CDR. it's a great opportunity to see Europe at work