The next meetings of the CEPLI Board and General Assembly will be hosted by the Association of Walloon Provinces and will take place on 8th of July, in Liège, Belgium.

On this occasion, a debate on multilevel governance and cross-border policy within the European Union will be organized.

This debate will also give the chance to participants to make the point on the latest developments in territorial reforms in Europe and the challenges faced by the intermediate local authorities in this context.

All levels of territorial organization have a particular importance in citizens’ lives, being key actors of policies they develop, but also in the wealth of States, due to their assistance to the public investment, jobs creation and territorial cohesion in Europe.

Examples of good practices on cross border cooperation between intermediate local authorities will highlight its central place in EU Cohesion Policy, especially in the light of the new EU programming period 2014-2020 that gives new opportunities to this kind of projects.

Charter for Multilevel Governance in Europe

The Committee of the Regions recently launched the "Charter for Multilevel Governance in Europe", opened to signature on 9 May 2014 to all European Union local and regional authorities.

The Charter for Multilevel Governance in Europe is available on www.cor.europa.eu/mlgcharter.

By officially adhering to Charter principles, LRAs and their networks can join the Committee of the Regions' political initiative and send a strong message to the European Institutions and the national governments at the dawn of a new mandate and term of the European Parliament and the European Commission.The Charter for Multilevel Governance is not a legally binding instrument but rather a reference text and a tool to be freely used by signatory towns and regions in the context of the local implementation of EU policies.

Should you be willing to support and sign the Charter, you will find online the following documents, available in all EU languages (address: http://portal.cor.europa.eu/mlgcharter/Pages/MLG-charter.aspx):

The Charter secretariat remains at your disposal, should you need any additional information regarding the Charter or its signature process (email: mlgcharter@cor.europa.eu; tél: +32.2.282.20.96).

The sixth Political Conference of the European Confederation of Local Intermediate Authorities (CEPLI) was held on 17 May 2013 in Ploiesti, Romania.

On the same occasion, CEPLI granted the observer status to the Union of Districts Councils of the Republic of Moldova.

The theme of the 6th Political Conference of CEPLI was "Decentralization, resources and local autonomy".

Representatives of the European Parliament (Mr Victor Bostinaru), the Committee of the Regions (Mr Franz Schausberger, Mr Vladimir Kissiov, Mr Ion Prioteasa, Mr Silvian Ciuperca and Mr Mircea Cosma) and the Congress of Local and Regional Authorities of the Council of Europe (Mr Emilio Verrengia and Mrs Antonella Cagnolati) contributed to the debate and expressed their concerns about the way in which the territorial reforms are carried out in some European countries.

These reforms are legitimate when responding to a need for closer political decision to citizens, in a spirit of proximity and subsidiarity. It is important to ensure that they are thoughtful and concerted with all relevant levels of government.

The pretext of the economic crisis is too often used to justify the fundamental calling into question of the place of Local Intermediate Authorities, even if they provide elements of stability, trust and solidarity contributing, in this way, to the development of our territories.

The political representatives of CEPLI want to raise the awareness of the national authorities and European institutions on the principles that should govern the initiated territorial reforms in order to avoid territorial and social fractures, harmful to democracy and the well-functioning of services for the population.

The multilevel governance, manifested through an equitable participation of all political actors from different levels and increased subsidiarity, must be at the heart of underway or planned reforms.

The correlation between decentralization and economic competitiveness of territories, based on the proximity between local authorities and citizens, ensures an effective development, mindful to democracy.

In this uncertain environment, CEPLI reaffirmed the irreplaceable role of Local Intermediate Authorities in relation with their citizens in order to fight against the effects of the crisis and give them a message of hope.

In his closing speech to the Conference, the President of CEPLI, Mr Paul-Emile Mottard, has set as a priority for the coming months, to ensure a closer cooperation with the Committee of the Regions and the Congress of Local and Regional Authorities of the Council of Europe, as legitimate institutions representing the voice of the territories. CEPLI will participate, in particular, in the debate of the Committee of the Regions on its evolution, on the occasion of the celebration of its twentieth anniversary.

Moreover, CEPLI will develop its contacts with the national delegations to the European Parliament, as well as with the European Commission and its Directorates-General. These approaches are aimed at developing, together with European partners, a reflection process on the role of Local Intermediate Authorities in Europe.

Conclusions of the fifth report on economic, social and territorial cohesion: the future of cohesion policy

This document aims to summarise the positions expressed by the national associations representing the local intermediate authorities which are part of CEPLI.

CEPLI appreciates the considerations expressed by the Fifth Report on Cohesion, in particular concerning the idea of a cohesion policy able to react to the real and concrete needs of territories.

In this sense, the focus should be on results evaluation and impact assessment. Local actors should be involved, at the national and European level, not only as beneficiaries of the cohesion policy, but also as participants to the decision making process, giving a contribution to the analysis and programming of territorial development policies.

Such participation would be the best way to ensure the achievement of targets in line with the specificities of the different territories.

Conclusions of the fifth report on economic, social and territorial cohesion: the future of cohesion policy Questionnaire / Contribution of European Confederation of Local Intermediate Authorities (CEPLI)

Partenalia is the only International Association of intermediate local authorities for inter-territorial cooperation. 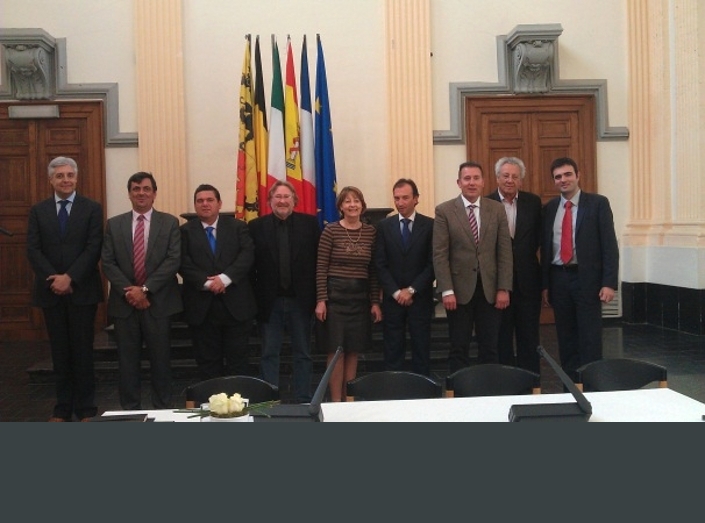 It was created in 1993, as a network for enhancing the visibility of intermediate local authorities in the process of European integration; fostering territorial cooperation and making them part of the European reality.

Today, it represents the voice of local intermediate authorities in the European arena and offers a privileged working platform in order to promote innovative initiatives and the exchange of best practices on a transnational scale.

The members of the Political Council met on the last 24th of March in order to validate the activity and financial reports of 2011 and to approve the action plan for 2012. This contains three types of activities for this year: networking, lobbying and joint European projects.

The coordination of Partenalia will foster the exchanges of good practices in the framework of its three working groups: economy and innovation, social affairs and territorial development (focused in 2012 in tourism and new technologies) which develop innovative initiatives in a transnational scale.

The Seretariat will be assumed by Diputación de Cáceres, with a delegated mandate in Mr. Mendigutía and the Province of Hainaut will continue in charge of the Treasury, with a mandate to Mr. Bricoult.

The agenda of this meeting, which gathered around twenty members of the Political Council, included the participation of the Belgian Minister of State Mr. Philippe Busquin, former European Commissioner, who presented a debate about the role of the local and intermediate governments in the future of Europe.